I found myself entering the world today for some goods, two days after Christmas. The holidays bring out the best in all of us. Much to my dismay, things didn’t go as smoothly as one might’ve hoped. Sometimes I think I go through life’s interactions looking for a fight. Not one that I actually choose to engage in outwardly. This is something I choose to wage internally. That’s not to say I haven’t been coaxed out from time to time to exchange words of hostility and rage. Fortunately those instances are few and far between, as given my limited spoken vocabulary, I tend to quickly digress to a belligerent spewing of fucks, shits, bitches, and cunts, in no particular order. An eviction encounter gone awry when I was once a landlord comes to mind.

Today’s particular outing found me at a farm and home store to purchase some chicken feed and dog food. The checkout area boxed in two different checkout lines. I saw that both register lights were illuminated and the box housed two female cashiers talking to one another. I assumed each were working their own register and were both just waiting for the next customer, so I  approached the checkout nearest myself as it seemed it would be convenient for me as, you know, the customer.

It was not until I’d fully sidled up to the checkout stand that one of the young gals said “we can get you over at this one.” At this point I shot a pensive glance at the illuminated register light and begrudgingly embarked on my 30 foot half lap to the other side where the two gals waited and continued their conversation with one another. Upon my arrival, I was greeted and handled methodically by the other cashier. During my entire transaction they continued their discussion about their post work plans.

Upon completion of my transaction I left feeling angry and defeated by the encounter. I fought back the impulse to post about it on social media. I thought about how indignantly I would begin, stating something like, “Dear “Store X” cashiers, when the customer blah blah blah, you should blibbity blab.” It’s my disgust over these types of posts that thankfully dissuaded me from posting. That’s not to say I haven’t made the mistake of making a post like that. I’ve fallen into that trap plenty of times. The thought of the replies that would follow also helped to keep me from firing off my tirade. Something like “These gals are just trying earn a living,” or “Is it not okay for employees to converse with one another?” Several responses came to mind. Just a barrage of comments that would bait me to come back and attempt to rationalize my point of view. Then there would inevitably be at least one nutbar “friend” that would chime in to take my side, but somehow manage to come off as a racist woman hater, forcing me to have to further qualify my post, and cleverly admonish the individual.

When I got to my vehicle I hefted the 55 pound bag of dog food into the back as anyone would and the bottom of the bag burst, spilling kibble all about the back. Upon further inspection I discovered the bag had previously ruptured and been taped close. My anger was quickly directed at the two cashiers who had no doubt conspired to shoddily re adhere the bag only well enough to hold up for loading onto the cart.

After mumbling sweet nothings to myself and cleaning up the mess, I forged on to the next establishment on my list to buy some drive thru food. Still riding my self righteousness fueled high, I successfully navigated 90% of this transaction without cause for further fury.

When I reached the order pickup window the young lady greeted me and gave me my first bag of food saying “Here’s your first bag,” and then as though she was both suddenly being rushed and lost the power of making words, said, “hereser serb berb.” Before I could say thanks, she’d already closed herself safely within her enclosure. “Here’s your second bag,” is what I believed she meant to say. Hungry, I moved on with my life.

Once exiting the parking lot and joining the main thoroughfare, I found myself stopping abruptly to allow a man to casually J-walk in front of me. I’m quite happy to oblige the man’s clear need to get to the other side. I did however find myself offended that he did nothing, not even a friendly wave to acknowledge the kindness I’d thrust upon him, by not mowing him down. Fucker.

It’s at this point I start to think of the adage that if I think EVERYONE is an asshole, maybe I’m the asshole. Am I? I wonder if it’s maybe 50/50. There’s that part of me that wonders if I’m one of those special adults that find themselves entitled to feel owed some kind of elder respect without affording it to others as well. Maybe a little I’d say.

I’ve always felt that being respectful of your elders is important, but not at the cost of your own respect. My argument has always been, what right does anyone 10 to 50 years my senior have to talk down to or belittle me , but expect my respect in return? While I adhere to that mindset, it’s been somewhat tampered with by age and life experience.

My memory from my time in customer service is one from the standpoint that you focus your attention on your customer.  Save the idle chit chat for idle times. That being said, are those young ladies just the newest incarnation of what I used to be? Will they someday look on their work ethic at that age to be superior to the future working class…my children. Did some old asshole journal about what a shitty employee I was 15-20 years ago? Are we just repeating history? Are Millennials not that bad? So many questions.

I can’t help but ponder my evolution into the type of individual I would otherwise butt heads with. Is my mostly non confrontational stance the only thing separating me from being that person? Will my tendency to suffer outbursts of depravity from time to time eventually take over my frontal lobe? I suppose time will tell. If it does, I probably won’t give it a second thought. 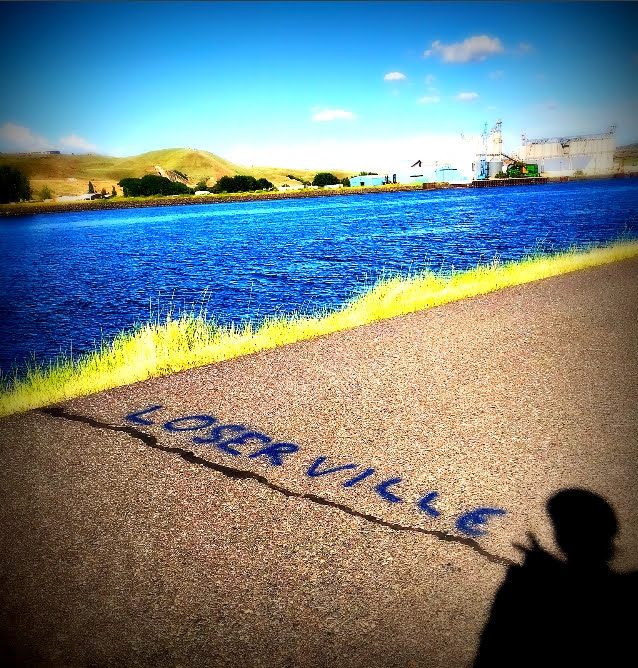