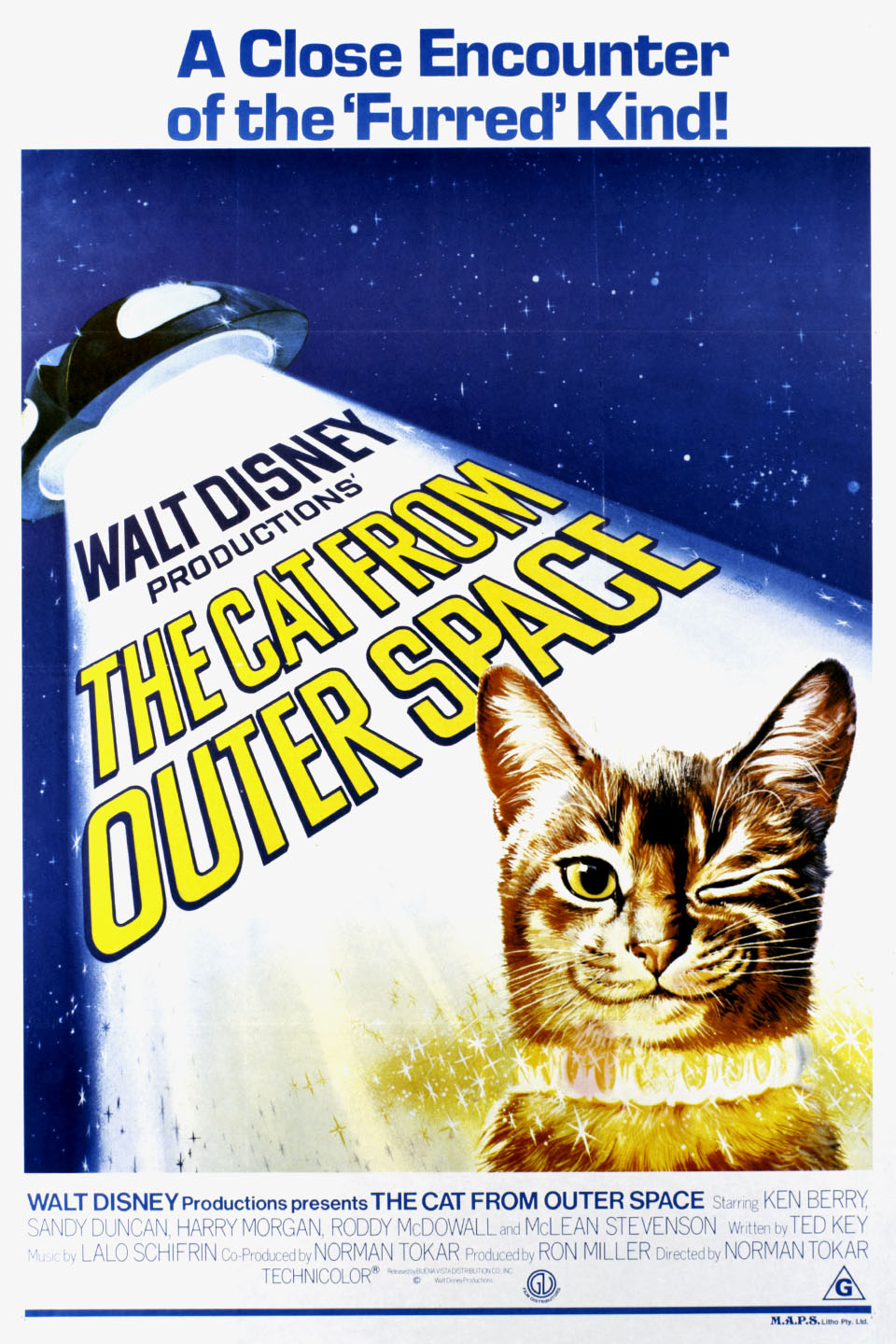 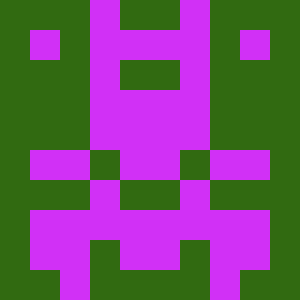 The Cat From Outer Space

In today’s post we will be reviewing the film “The Cat From Outer Space”, a 1978 movie made by Disney. This sci-fi comedy has a G rating, and has received mostly mediocre to positive reviews from critics, including a 60% approval according to IMDb. Lucy and I purchased the film on Youtube for the great price of three dollars, curled on up, and watched it.

A small spaceship that resembles an insectoid head lands near a farm in the countryside. While the farmer calls the nearest military base to come and investigate, we listen as the pilot of this craft calls the mothership for assistance. The ship appears to have landed on emergency protocol and needs repairs, but the mothership informs the pilot that he will have to fix the issue on his own and rendezvous with the rest of the fleet within a few days. With a sigh, the pilot and our hero exits the ship, revealing himself to be a cat.

Some stereotypical military higher-ups confiscate the ship and call the world’s top scientists together to try and determine the ship’s origin. Thus begins the story. The alien cat, played wonderfully by two uncredited Abyssinians, is named Zunar-J-5/9 Doric-4-7 but goes by Jake for short. 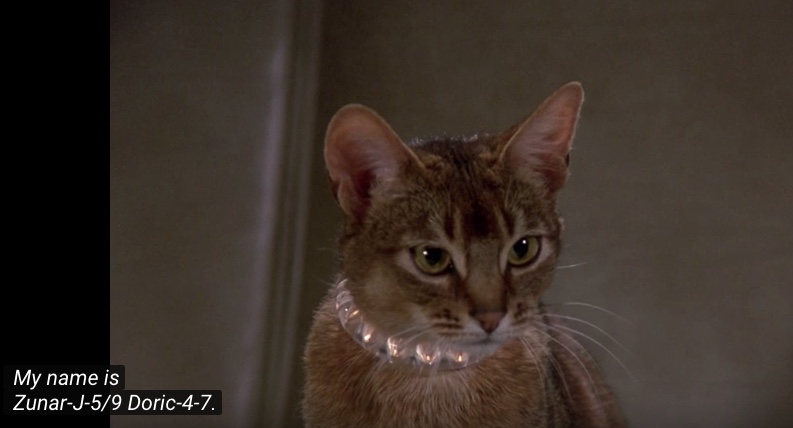 Jake teams up with an eccentric scientist named Wilson (played by Ken Berry) in order to fix the spaceship and get Jake home. Meanwhile the U.S. army as well as a top secret spy-esque third party continually try to nab Jake for his collar, which ‘amplifies brain waves’ and give Jake superpowers including stopping time and telekinesis. And talking. 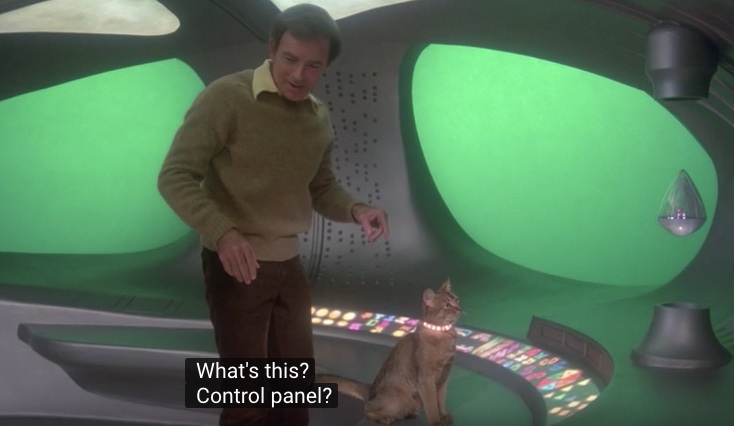 In the end, Wilson’s almost-girlfriend Liz and her cat Lucybelle get kidnapped as bartering chips, and Jake decides to forgo his escape to help Wilson save Liz and Lucybelle. The film ends with a long helicopter and crop-duster plane chase, and Jake becoming an Earth citizen.

We were charmed by the premise of this film, and Jake’s actors were well trained and adorable. The voice acting was also quite good and the voice fit the cat and character. One concern we had was that of the sedation of the cat actors. According to cinemacats.com, some audiences have questioned the ethics of sedating an actor for filming purposes, but based on our research the cats were not seriously harmed in any way during the filming of this movie. In particularly dangerous scenes, real cat actors were obviously replaced with stuffed animals.

Because of the year in which this movie was shot, we cannot fault the visual graphics team too much. The budget was most likely small. As mentioned above, stuffed animals were used in multiple scenes, and at several points some of the characters and props levitate and the wires are clearly visible.

As fun as the premise was, the story fell short and Lucy slept through a majority of the film. Like many older films, the story went off the rails in multiple spots and attempted to integrate too many characters. The subplot following the hapless third-party spy was unnecessary and distracting, same goes for the forced romantic storyline between Wilson and Liz. Furthermore, Jake spends half of the movie using his telekinetic powers to perform slapstick maneuvers or cheat at various gambling games. Jake has the abilities of Professor Xavier yet he has to rely on an eccentric scientist and a large cast of other bumbling characters.

Lars’ Final Comments: Overall, the premise was cute. While the writing was questionable, there were some fun scenes. Every scene without a cat was pretty bland. The cats were very adorable but will I watch again? – Probably not.

Cat Screentime Ratio: Cats take up only about 26 minutes and 40 seconds out of 1 hour,  43 minutes and 37 seconds of screentime. Low for a movie about a kitty cat.